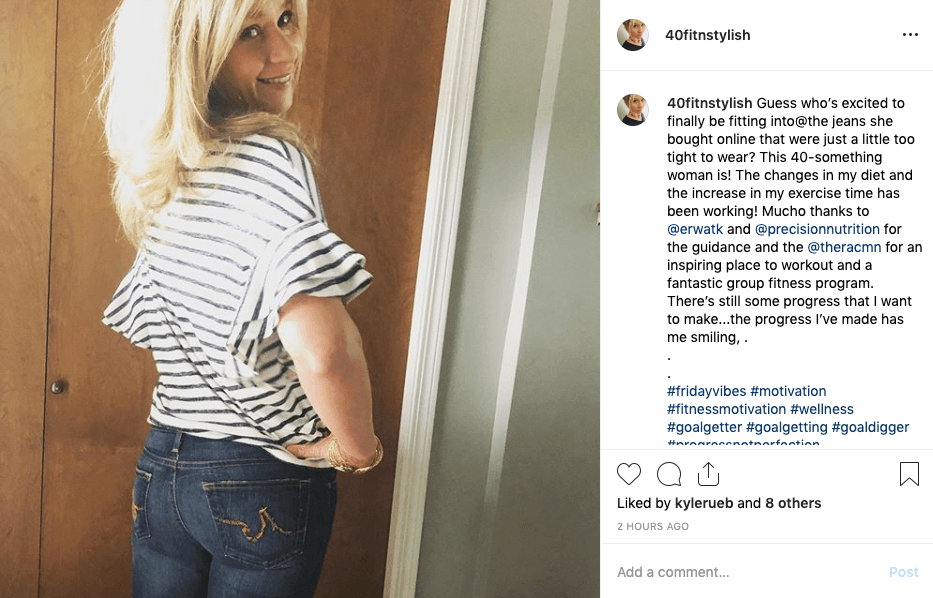 Me and My Inhaler

I did not use my inhaler first thing this morning. Instead, I woke up and meditated for 10 minutes with Headspace. During the meditation practice I checked in with my body. I felt some sniffles and a desire to cough. My lungs felt fine.

I did not use my inhaler after meditating. Instead, I made myself an easy breakfast: two Nature’s Path Organic Gluten Free, Vegan (no dairy) Buckwheat Wildberry waffles topped with Smart Balance buttery spread, blueberries, and strawberries.

I did not even use my inhaler before going to the gym to play tennis with my fiance. For a moment I considered it, because I thought it might be good before exerting myself outdoors. Then, I decided it’d be easy enough to run to the locker room if I began to have an asthma attack, so I didn’t.

The first time I used my inhaler today was a couple of hours later; before I went to PiYo and Fit 30 class. Fit 30 can kick my butt like no other workout I do. While it’d be okay to leave class and come back, it’d be a pain. Plus, there’s not a convenient spot to keep my inhaler in the room. Besides, I don’t really like taking it in front of people.

Has cutting dairy improved my health?

Over the past 24 years, the only times I haven’t used an inhaler in the morning has been when I’ve been irresponsible and not had one with me. My lungs would feel cruddy until I at least had some coffee (steam, warm liquid, and caffeine were all helpful). Still, I’d have to take it easy for the most part.

To be clear, management of my asthma has improved over the years. I went from being a pack-and-a-half-a-day smoker to becoming a nonsmoker about fifteen years ago. Seven years ago, I started exercising daily to reduce stress. Five years ago, I stopped living with a smoker. Three and a half years ago, I started sleeping six to eight hours most nights. I’d gone through most of my twenties and thirties sleep deprived. No improvement has been quite so dramatic as what I’ve experienced in the last month and a half.

For more than a month, I’ve avoided dairy 95% of the time. There have been some mishaps. For example, I didn’t realize that Morningstar Spicy Black Bean Burgers contained dairy. Now I know and don’t buy those anymore. Now, I look for vegan on food labels.

There have also been a couple of indulgences. I made banana pudding for my finace’s birthday using his sister’s recipe and it was too delish to not have a piece or two (it’s not too crazy on the calories). However, I do plan on attempting a dairy free version of the dessert in the not too distant future.

I cut dairy to help out my stomach. I’ve had IBS for about as long as I’ve had asthma. Quitting dairy has definitely improved my digestion. I’ve been skeptical and hopeful that it may be helping my body dump the asthma too.

I’ve read that the impact of dairy on breathing is inconclusive. Some people say it’s a thing, because dairy causes so much inflammation in our bodies. After a routine physical, my doctor said he wasn’t inclined to argue with success. Maybe it’s working for me.

As a bonus I am now fitting into the pair of jeans I bought online this past winter. I couldn’t quite get them to button a few months ago. Then a month or so ago, I could button them…barely and the zipper threatened to unzip itself. Now, they fit. They really, really fit!

Allergies – those I still have. A few weeks back, my throat was so sore I thought I had strep. I didn’t. According to the Nurse Practitioner, my throat was cobbled from drainage thanks to hay fever. That’s not how hay fever has manifested itself in me in the past. It used to go straight to my lungs. By this part of the season I’d have taken a prednisone taper or two.

According to Mayo Clinic, common side effects of prednisone include aggression, agitation, irritability, dizziness, weight gain, and headaches. Whenever I’ve had to take it I’ve noticed a pronounced resting bitch face and soreness in my muscles. People have thought that I’ve been upset with them when really I was just in pain and looking in their direction.

The sore throat was pretty miserable, but I’ll take it over struggling to breathe. It’s been exciting to have my allergy symptoms limited to sneezing and sniffling. Last Saturday I braved buying flowers to put around the house, convinced they wouldn’t kill me. I was right.

Now the dairy free diet is part of the becoming my healthiest self adventure. I behave as though dairy is poison, because my body appears to think that it is.

Precision Nutrition inspired me to give cutting dairy out of my diet a try. The lesson was just to see if I might notice a difference in the way I felt after cutting it. I’ve noticed and I can’t imagine going back. Except…I might indulge on rare occasion. Am I really supposed to not have a bite of cheese while in Paris?

You can expect to see more stories from 40 Fit N’ Stylish about baking and cooking sans dairy. I’m feeling so great that I just can’t help but want others to feel better too. Dairy might not be bad for everybody, but it is kind of weird that humans are the only species consuming the milk of another species. At the same time, if you like cheese and milk and experience no harm when you consume them, that’s great. I’m not inclined to be hard core or to judge. What I’m sharing is based on my own personal experience and some stuff I’ve read. I am not a medical expert.

There are other ways that we’re cutting down on inflammation in our house. Refined sugar isn’t something I’m baking much with anymore. I might try going gluten free soon. Maybe.

What about you? Are there things you’ve cut from your diet and noticed an improvement? Or things that you’ve added and benefited from? I’d love to know! You can connect with me on Instagram @40FitNStylish, on Twitter @MelissaMcNallan, and on Facebook @40FitNStylish.