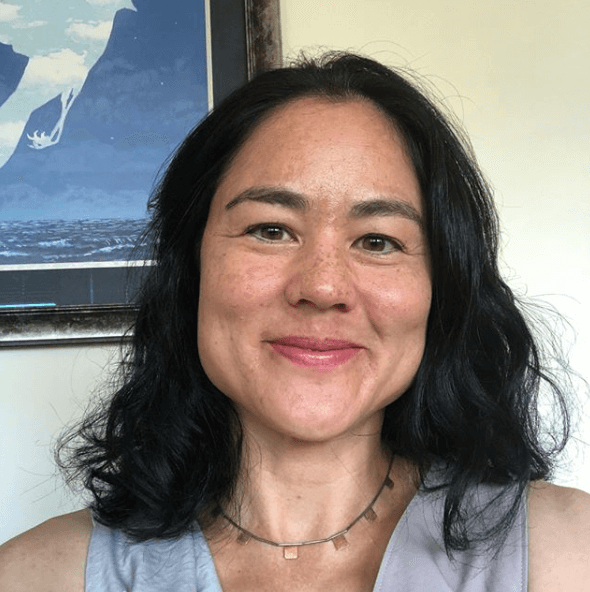 Comments Off on Overcoming Fear with Sylvia DeMott #WCW

Sylvia DeMott has a fear of public speaking. When I first saw her, DeMott was standing in front of about forty women sharing her fear and taking steps to overcome it. We were at a REFINE meeting.

When I saw her speak, I knew I wanted to get to know Sylvia. She embodied strength in stillness. Her voice was gentle, yet commanding enough to be heard. DeMott’s presence drew me in.

I messaged her to see if she’d be open to being interviewed via FaceTime or similar. She agreed. We talked over Zoom. She was in her home. I was at Cafe Steam in downtown Rochester.

DeMott is an entrepreneurial mindset coach who helps quietly ambitious and highly sensitive female entrepreneurs like herself overcome their struggles. She’s the owner and operator of Sylvia DeMott Coaching. She’s also a licensed psychotherapist with her own practice, Breathing Space.

Getting to know Sylvia DeMott

Staying quiet and keeping her life private was easy for DeMott to rationalize before she started coaching. “As a therapist you almost always want to really protect your boundaries,” said DeMott. “I never had to do anything about my fear. Who would want to see me just muttering my words?”

Not only has DeMott feared public speaking, she’s felt trepidation about posting on social media. Putting up a simple post could make sleep elusive.

Coaching herself through her fears

Over Zoom I asked DeMott about her fears and her decision to begin her coaching business.

“I see coaching as more transformative for everyone. It’s a way of life. It’s about going towards your potential,” said DeMott. “Therapy is based on your DSM-5 and has more of a symptom approach.”

When she started her coaching business, DeMott realized she’d have to share herself more in the public arena. She had to get on stage, go (Facebook) live, and face her fears. To conquer her fear of public speaking, she keeps showing up onstage, at events, and on Facebook Live. “I have to expose myself repeatedly.”

Now, she can be found on Facebook Live talking about how to take action when scared and how to shift from being stuck. “I started doing it very small. I wasn’t expecting myself to show up beautifully in the beginning.” At first, she didn’t advertise that she was going live on Facebook to anyone. She just did it.

“Being true to myself and showing up as myself makes it easier,” DeMott said about doing Facebook Live. “For awhile it was hard for me. I thought people don’t want to hear me or maybe they’re going to judge me.”

When she feels nervous about getting in front of others, DeMott reminds herself that she has important things to share that will allow others to feel encouraged and loved. It makes it easier. So does having her own business coach.

Do you get nervous about connecting with others? If so, the following section is for you.

DeMott’s networking tips for the quietly ambitious and highly sensitive:

Intimidating and anxiety-inducing, networking is a must for entrepreneurs, salespeople, and those who want to advance. If you need to network and are afraid, here are a few of DeMott’s tips for feeling the fear and doing it anyway:

What makes a woman quietly ambitious and highly sensitive?

“They’re more sensitive to other people’s feelings. That makes it harder for them to be more brash or more bold or more confident,” said DeMott. “They might be really good at what they’re doing, but might be less confident in showing it.”

Highly sensitive people tend to be more anxious, reactive, and introverted. Networking, marketing, and selling can be more challenging for them. As a highly sensitive and quietly ambitious person, DeMott has found a way to authentically achieve her goals.

Is being highly sensitive keeping you from achieving yours?

This is the first of my #WCW #WomanCrushWednesday series. Is there a 40 Fit N’ Stylish woman you know that would be great for this series? Please let me know! You can connect with me on Instagram @40FitNStylish, on Twitter @MelissaMcNallan, and on Facebook @40FitNStylish.

Is Dancer’s Legs in 14 Days on DailyOM by Sarah Rector worth the investment?