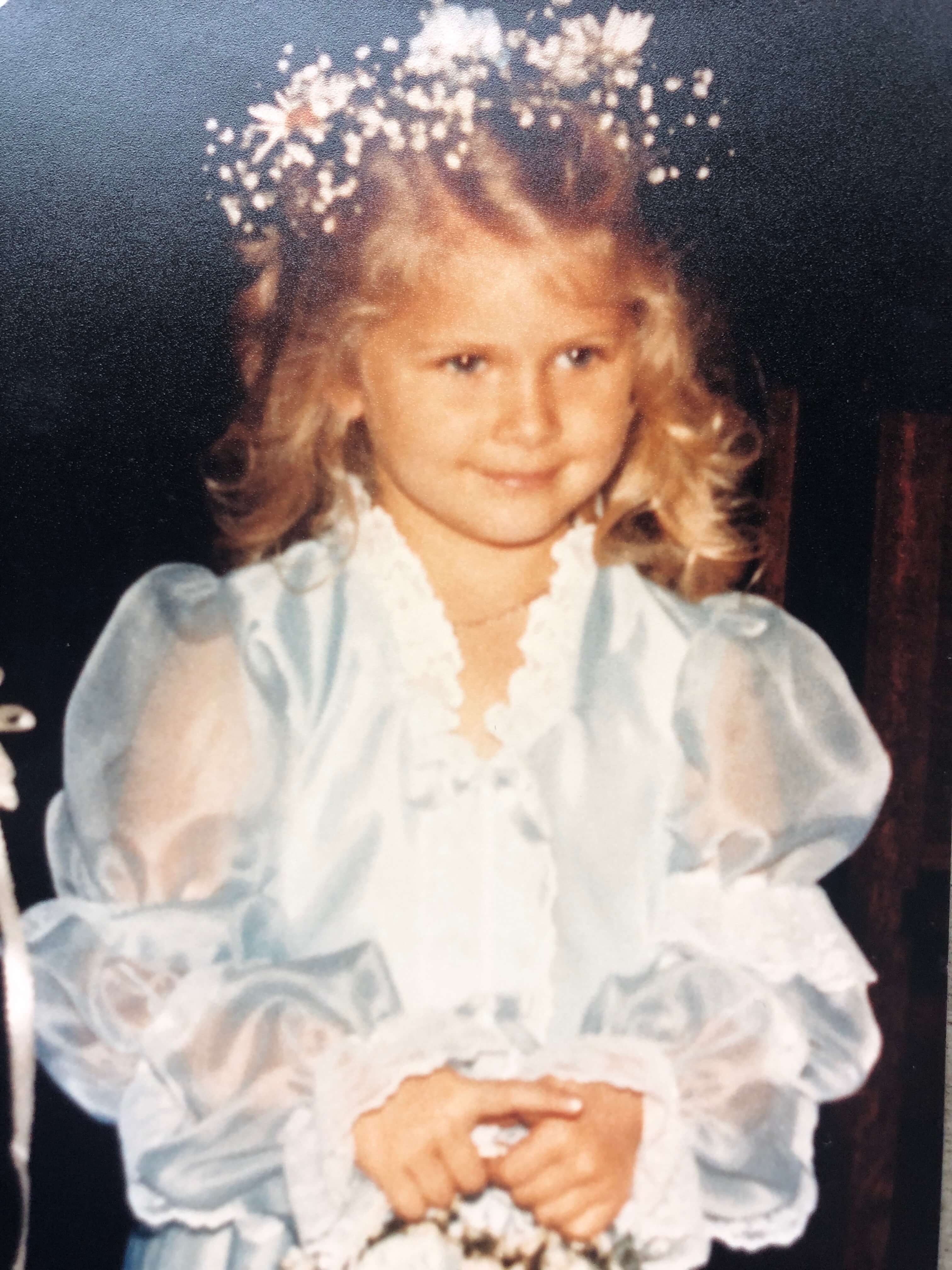 Beginning to grapple with place in time and space.

I am what happens when poor choices and strict religious ideology collide. My life was never going to be conventional. I arrived on the scene, January 27th, 1978, born to Colleen Mary Lynch. No father identified.

Perhaps my mom was excited about having a child. She’d thought about owning a daycare. She dreamt of being a race car driver. In high school, which she had graduated from two years prior to my arrival, she wanted to be on the basketball team. It was not allowed.

My existence was not predicated on the typical.

There was no:
Colleen and Kevin sitting in the tree. K-I-S-S-I-N-G. First comes love. Then comes marriage. Then comes baby in the baby carriage.

Maybe they sat in a tree. They must have kissed. I’m guessing she was in love. He had a wife in another state. I’m certain my Mom didn’t know about her until later, much later.

Some people seem so rooted, certain, and stable; free from doubt. If there are people I’ve envied, it’s them. When I go to church I sometimes wonder what it would be like to have a husband standing, sitting, and kneeling next to me; and, our children. That’s not an experience I’ve ever had. Nor, is it one I will. Such unity eludes me.

“Social modeling is alive and well,” I remember a therapist saying to me. I was a single mom in my early twenties, struggling with depression. We’d just covered my biological basics. Maybe those of us born into nontraditional families have some regrettable, unstable certainties.

Nontraditional families are becoming more of a norm. There are plenty of variations. If we all become unstable and uncertain, will our lives feel less perilous?

People spend lifetimes trying to accept and contend with uncertainty’s presence. Rather than accepting that my life has never been otherwise, no one’s has really, I’ve tried to coerce it into conformity. What about you?

My Mom married Tom Rueb on October 22nd, 1982. I was four years old and their flower girl. Sometime that spring (1983) Tom adopted me. As I recollect, I was upset about the switching of last names. My uncles, my grandparents, about 80% or more of my cousins (there were a lot of us) were all Lynches. What would it mean to no longer be a Lynch? My cousin Tina pointed out that she was a Fenske.

Tom’s family held a party at his parents’ house. From then on it was also my family, my paternal grandparents’ house. My Mom took pictures. My Dad wrote notes in cards, so we would know who to thank for what.

Pictures from the party.

Here is the little girl with the blond hair pulled into pigtails with red hair ties, loose strands held by blue barrettes. She wears a blue Smurf t-shirt and a pair of red pants; and, is ready to pose for photographs. Here she is excited about the money tucked inside a card, excited about the umbrella she’s trying to hold just-so. There she is holding a pants hanger. Look Mom, it’s a hanger.

Some Kind of Normal in Time for School.

By the time I was in Kindergarten I had a Mom, a Dad, and a new last name. No differentness could be detected by any of my peers. I was normal.

All one had to do was look at my polos with alligators on them, or my two nice outfits from Dayton’s and Hanny’s each year to see how normal I was. I had a purple Jansport backpack. My Strawberry Shortcake, The Smurfs, or Cabbage Patch Kids lunch boxes had bologna and cheese, or peanut butter and jelly sandwiches in them on white Wonder bread; along with Little Debbie Snacks, and celery, or apples.

My Scholastic Books’ order form was filled out each month. I aced my spelling tests each week, loved to read in front of the class, and was put into the Gifted and Talented program each year. When it came to springtime Track and Field days, I always brought home a ribbon, or two.

I took weekly dance lessons at Janet Lang Dance Studio, then tumbling. My friends and I biked to one another’s houses. My Mom played basketball with me. My Dad and I played soccer and catch; and talked history – lots of history.

There was a rhythm and tradition to the sweets we ate. My Mom baked a cake to surprise me with at the end of my first day of school for at least the first three years. Plentiful batches of banana bread and pumpkin bread were baked around Thanksgiving and Christmas. Lemon bread too, though that was more Christmas and maybe Easter. Peanut butter sandwiched between Ritz crackers, covered in chocolate bark and topped with candy hearts were made each year around Valentine’s Day.

Sundays were for church and family. I was always in skirts and dresses and being scolded for doing cartwheels in them. We were normal.

There are other pieces to the story. Two of my Mom’s eight brothers served in Vietnam. Her eldest brother, Larry, committed suicide on December 15th 1982. He’d been the first of the two to serve in ‘Nam. As I remember it from conversations scattered throughout the years, the war, a shortage of hospital beds, and a certain chain of grocery stores were blamed. My Mom had a nervous breakdown of some sort that she was hospitalized for a few months later, at the end of January 1983. She went in a few days after my 5th birthday and a few months before my Dad was officially my Dad. She felt it was an imperative to make it past my birthday. Later, there was medication, addiction, and stress. An entirely different story to unpack.

When it comes to knowing where to sit at the table, where my place is in this world…

I am the daughter of my Mother; of my adoptive Father who has stayed an active part of my life despite he and my Mother divorcing more than twenty years ago; and, of my biological Father who I spent time with the summer, fall, and winter of my 19th year. Note: A detective helped me find my biological father. After meeting and spending some time with him, I decided it was best to disconnect.

I am a mother and grandmother.

Soon, I’ll be the third wife of a wonderful man who has seven children and two grandchildren. Maybe my past has uniquely prepared me for this place and its awkward moments.

How does one handle:

Being at the baby shower for the daughter and soon-to-arrive grandson held by the fiance’s first ex-wife and her Mom? It helps that both women were positively sweet and that my fiance’s Mom was also invited and with me.

Being at the graduation party for his twin sons hosted by the second ex-wife whom I’d exchanged all of five words with in three years? For extra fun, one of the sons has mostly hated my guts and insults me. Invitees included her family, her friends, and my fiance and me. Again, everyone was kind, so that helped tremendously.

With a warm smile and low expectations, that’s how. Fantastic friends, family, and yoga help too.

The great thing about not having any illusion of deep roots planted in rich soil and a certain compass is that at this point, it’s hard to be shaken, or even stirred. That’s not to say that there aren’t tears shed, or WTF’s spoken.

Where do I sit at the table?

What table? Whose place? Can I just be happy that there’s a chair?

Where do you sit at the table? I’d love to know! You can connect with me on Instagram @40FitNStylish, on Twitter @MelissaMcNallan, and on Facebook @40FitNStylish.

5 Tips for Starting a Yoga Practice at Home